The motto of this event is “Light in the bag, heavy on the strategy. 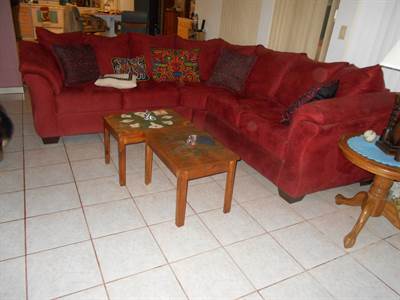 Beautiful Home with Private Pool in Beach and Golf Resort

This is a spacious and comfortable home with it's own private pool. This home is located in a friendly neighborhood which is near everything. There are community activities nearby. These activities include 3 large community pools plus 2 hot tubs, plus an activity center and staff that will keep you busy everyday. If peace and quiet is your liking, there is a shady beach nearby. This home is near markets, restaurants, music venues, doctor clinics and gas stations.

Grapes are an important part of New Year’s eve in Baja as well as all parts of Mexico and other Latin American communities.

Here’s what to do when you get handed grapes on New Year’s Eve.

Firstly, don’t eat them all at once.

Then you eat a grape and make a wish for the coming year.

Then do the same for each of the 12 grapes and 12 strikes of the clock.

Eat a grape, I(wish for travel).

Eat a grape, (wish to spend more time with family).

This must all be completed before the clock strikes midnight, or your wishes will not come true.

Now you are ready for a new tradition for next New Year’s Eve in your new Baja home.

Thanksgiving is not a local holiday here in Baja. Since this is an important day for Americans, there are American get-togethers planed for this day. One such get-together is the Thanksgiving potluck at El Dorado Ranch Resort. This is a great event for new residents to meet their neighbors as well as long term residents to see old friends.

Happy Thanksgiving to all.

Revolution Day in Mexico is marked with parades and civic ceremonies throughout the country. There is a large parade in Mexico City‘s Zocalo, as well as speeches and official ceremonies. San Felipe’s main parade will be on Sunday. In cities and towns throughout Mexico schoolchildren dressed as revolutionaries participate in local parades.

The revolution began in 1910, initiated by Francisco I. Madero to oust President Porfirio Diaz who had been in power for over 30 years. Francisco Madero was one of many people in Mexico who were tired of Diaz’ authoritarian rule,. Along with his cabinet, Diaz was aging while holding tightly to the reins of the country. Madero formed the Anti-Reelectionist Party and ran against Diaz, but the elections were rigged and Diaz won again. Diaz had Madero jailed in San Luis Potosi. Upon his release, he fled to Texas where he wrote the Plan of San Luis Potosi, which urged the people to rise up in arms against the government in order to re-install democracy in the country.

Outcome of the Mexican Revolution

In 1911, Porfirio Diaz accepted defeat and left office. He departed for Paris where he remained in exile until his death in 1915 at the age of 85. Francisco Madero was elected president in 1911, but he was assassinated just two years later. The fighting of the revolution would continue until 1920, and even beyond that.

The motto of the revolutionaries was “Sufragio Efectivo – No Reelección” which means Effective Suffrage, No Reelection. This motto is still in use in Mexico today, and remains an important feature of the political landscape. Mexican presidents serve for a single six year term and are not eligible for re-election.