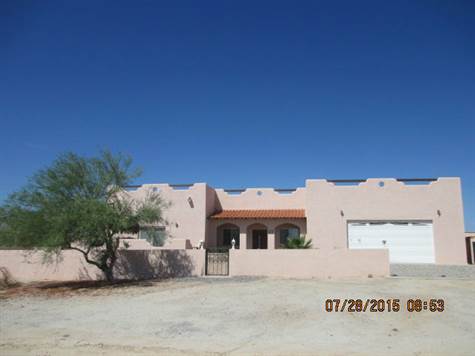 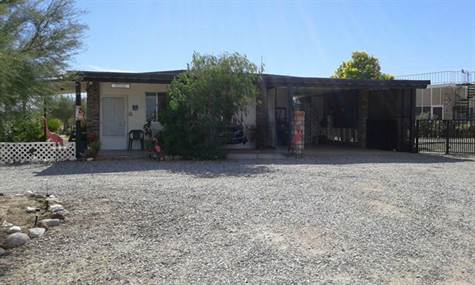 Palos Verde Norte, El Dorado Ranch – Just a 3 minute walk to new community center and pools, jacuzzi and tennis courts, this spacious and colorful home is located in a friendly and active neighborhood of El Dorado Ranch. The living room/dinning combo provide plenty of room for entertaining. The kitchen includes lots of cabinets, white tile counters and zoned air conditioning and heating. The bonus room is currently used as an office and can be enlarged as an art/tool room or 2nd bathroom. The back porch is enclosed and has washer/dryer and outdoor sink. The side yard is big enough for RV parking as well. The entire lot is fenced for dog friendly owners. This is a very friendly neighborhood with many year round neighbors. View the Sea of Cortez from the side or front porch swings, or take in some sun from the roof top deck. Parking for vehicle and ATV in the enclosed porch. The taxes are low ($80 per yr) and HOA can be paid monthly at $58 per month. Home will be sold furnished. Seller financing is available….call to view this great looking home at an affordable price.

Near Everything, Peaceful and Quiet

Palos Verde North, San Felipe – This is an improved R/V lot. Just pull in and enjoy. You can walk to the new pools, hot tub and tennis courts. The beach is a short 2 mile drive. This beach is part of the El Dorado Ranch Resort. This means that it is well cared for. There are shade palapas as well as outdoor showers to clean the sand off of your dog and your feet!! There are close by gas stations, medical centers and stores. This is an active community of Americans and Canadians. Please call to set up a visit. 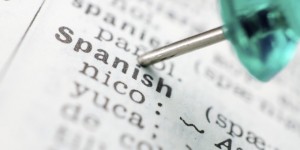 The weather is warming up a bit. The evenings are just beautiful.We have 2 very nice musical events coming up. Here are the flyers for both: 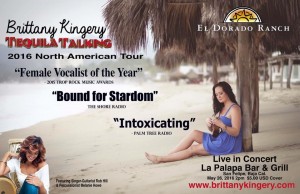 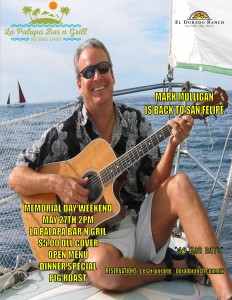 This is your first post. Edit or delete it, then start blogging!